A fleet of hybrid ferries

The hybrid system on ferries is similar to that of hybrid cars, where petrol or diesel is combined with electricity.

In 2013, we converted the first ferry on the route between Puttgarden in Germany and Rødby in Denmark to hybrid propulsion. This conversion was a big success, and in 2014, we converted the remaining three passenger ferries on the route to hybrid. As this was a visionary and extraordinary project, it was co-financed by the European Union. 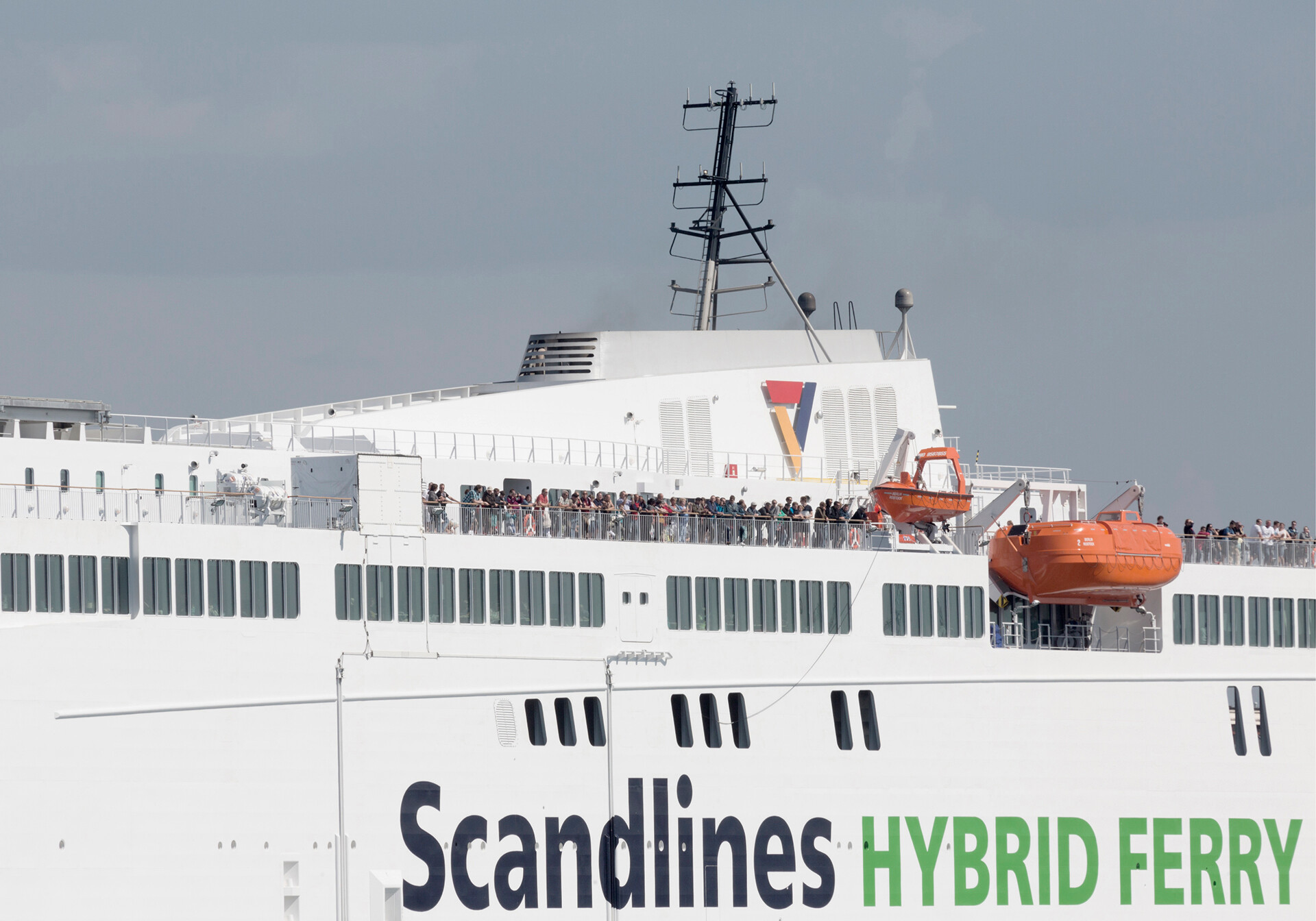 When we built the new ferries, which went into operation on the route Rostock-Gedser in 2016, we chose to build them as hybrid ferries. Thus, Scandlines owns and operates one of the world's largest hybrid fleets.

This is how the hybrid system works

In normal service, only two or three of the ferry’s originally five diesel engines are working, at a load of 40-55 percent offshore and of 8-10 percent when the ferry is in the port. Nevertheless, the engines work most efficiently at a load of 85-90 percent.

We have replaced one of the five diesel engines with a battery of 1.6 MWh - corresponding to approx. 182 Toyota Prius hybrid cars.

By using this battery simultaneously with the diesel engines, the engines are working at the optimum level of load, which is 85-90 percent. By doing so, we save fuel which is good for the environment. Scandlines is the first shipping company in the world to make large-scale use of a hybrid propulsion system, which stores large amounts of energy in batteries on board. 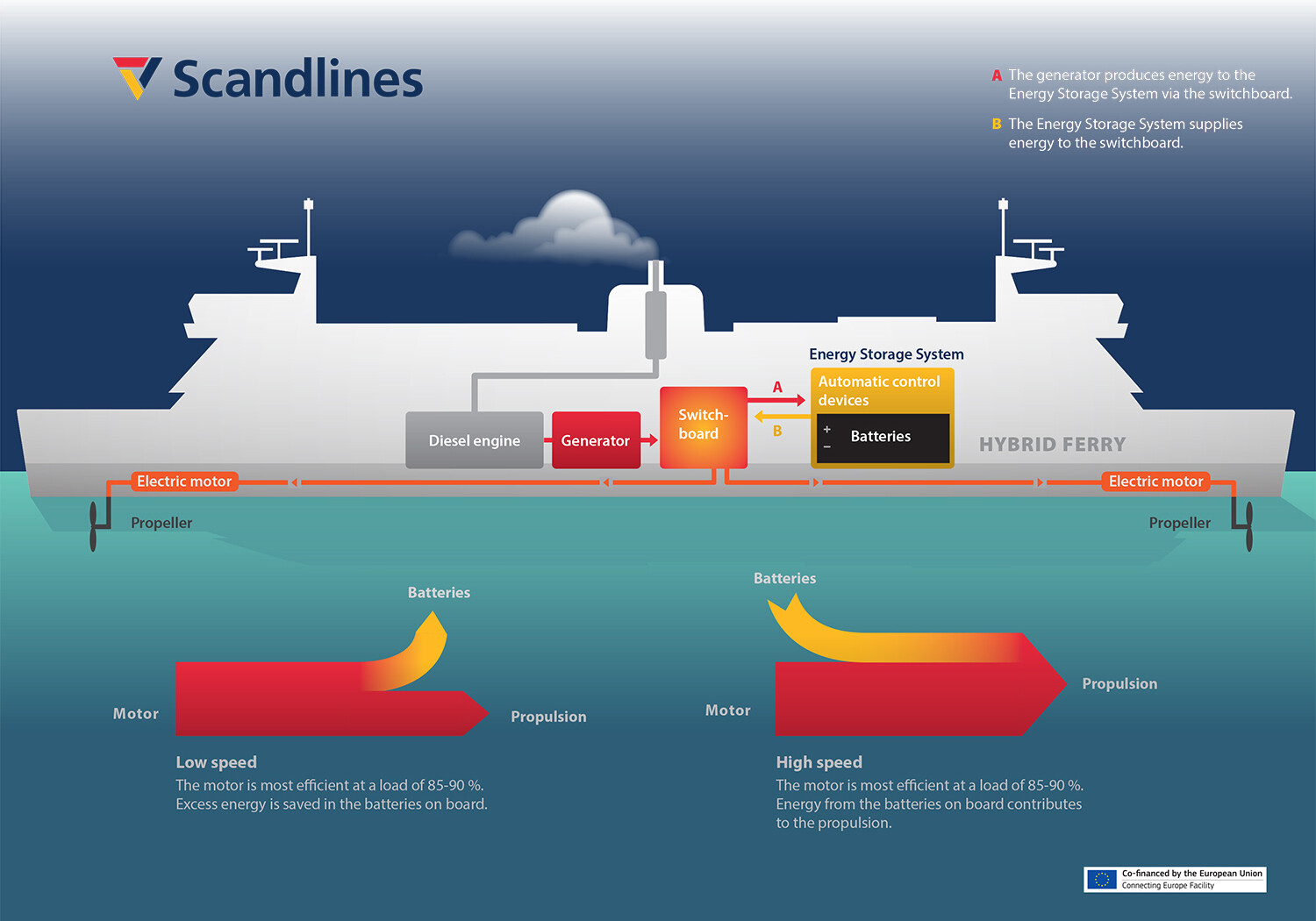 We combine diesel power with electricity

Scandlines’ hybrid system combines traditional diesel power with electric batteries. When the engine needs more energy than the diesel generator can supply, it uses the batteries’ energy – and when there is less need for energy, excess energy is saved in the batteries.

Converting the conventional ferries to hybrid ferries allows us to reduce CO2 emissions by up to approx. 15,000 tons per year.